Utilizing and Interpreting the Jump Scan

This article provides an in-depth overview of key considerations and recommendations for utilizing and interpreting the Jump Scan within the Sparta Movement Health Platform. 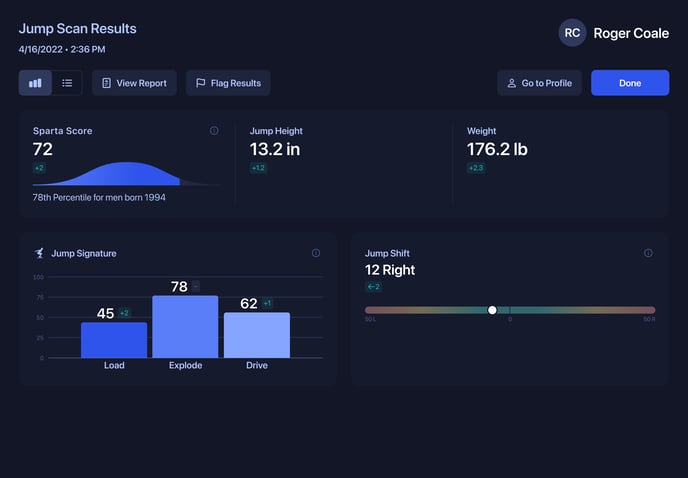 These metrics most concisely and intuitively characterize an individual’s dynamic movement strategy and can provide insight into movement health, function, performance, and risk. Higher values for Sparta Score reflect a more efficient dynamic movement strategy, with more detailed guidelines provided for the interpretation of these high-level metrics based on their absolute and/or normalized results. 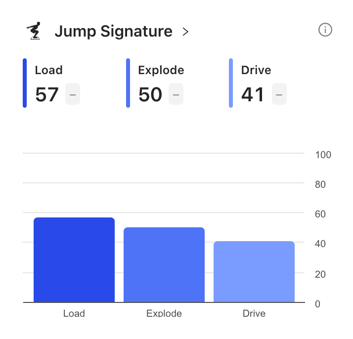 Collectively, Load, Explode, and Drive represent an individual's ability to create, transfer, and apply force in dynamic movement, and are utilized to classify movement strategies. Normalized to our existing database, typical values for these metrics range between 40 and 60, with age-normalized, and raw calculated results also available.

Measured during the upward phase of the jump, Explode reflects how efficiently force is transferred between phases of movement. Mechanically defined as average relative concentric force, Explode is a magnitude of force relative to mass (bodyweight), with raw values reported in N/kg. The term Explode is used to more concisely and intuitively describe this mechanical variable as it relates to Explode-ing up from the bottom position of the jump. Higher values for Explode reflect a higher relative magnitude of force transferred.

Measured during the upward phase of the jump, Drive reflects how effectively force is applied to finish a movement. Mechanically defined as relative concentric impulse, Drive is essentially a “summation” (impulse) of total force over a period of time relative to mass (bodyweight), with raw values reported in Ns/kg. The term Drive is used to more concisely and intuitively describe this mechanical variable as it relates to Drive-ing into the ground to push off during the jump. Higher values for Drive reflect a higher relative impulse of force applied. 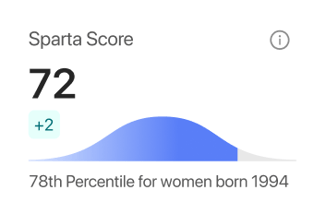 The values for Load, Explode, and Drive which reflect different movement qualities or strategies are combined into a composite total Sparta Score, with higher scores representing better movement efficiency. This single convenient metric can serve to identify and rank individuals based on their overall movement efficiency. This metric was developed based on supporting literature suggesting large imbalances in normalized force-time metrics are associated with suboptimal performance and injury risk in athletic populations. The Sparta Score provides a convenient single metric to assess and monitor movement efficiency.

Measured during the down phase of the jump, Shift reflects how far an individual’s center of pressure (CoP) shifts laterally toward a “preferred” side/limb to start a movement. Mechanically defined as CoPx eccentric displacement, Shift is a magnitude of center of pressure displacement, with raw values reported in m. The term Shift is used to more concisely and intuitively describe this mechanical variable as it relates to lateral Shift-ing that occurs during the jump. Higher values for Shift (in either direction) reflect a larger CoP shift.

Derived utilizing machine learning, Risk is the output from a supervised learning model developed from the 10+ years of Jump Scan, MSK injury, and additional contextual data stored in our secure data lake. Risk is a categorical metric, with five unique values of relative risk on a gradient scale: Low, Below Average, Average, Above Average, and High

The Jump Scan provides an objective assessment to enable the evaluation, monitoring, and enhancement of dynamic physical performance capabilities. Additionally, impairment or dysfunction in dynamic movement capabilities is a potential cause for concern and motivation for targeted exercise interventions. Absolute and normalized metrics from the Jump Scan can provide insight into various movement qualities of interest to clinicians, practitioners, and individuals: