The vertical jump has shown to be a reliable and valid assessment across multiple populations. Also, studies have shown the vertical jump the best indicator of the ability to create force, maximum strength and change of direction.

Movement involves force in all 3 directional planes, however, the common misconception is that all planes are created equal. Because we live on Earth we have to account for a little force called gravity, vertical forces are the PRIMARY forces in movement. We weren’t the first to notice that vertical forces are the most correlated with movement. Countless studies have found significant relationships between vertical jump performance and sprint times. For example, a 2005 study out of the New Zealand Institute of Sport discussed the highest correlation to sprint times was the vertical jump [6]. These findings have been supported by several different studies despite utilizing different subjects (female, male, students, football, soccer..) and sprint distances (5 m, 10m, 30m, 40 yds...).

There has been conflicting evidence on the relationship between absolute maximum strength and vertical jump performance in the literature, but when these are evaluated relative to individual body mass (relative strength), there is a much more consistent relationship. The current research points to a significant correlation between jump performance and relative strength values. A 2014 study evaluating strength, vertical jump, sprint, and change of direction found that the strongest correlations with performance measures were obtained relative to body mass [15]. This logically makes sense and is rooted in the basic concepts of human movement; you have to move your own body weight in a dynamic fashion in the desired direction. So it is crucial to possess a minimum level of "relative strength," force production expressed as a percentage of body weight.

A 2007 study and more recently a 2012 paper out of the University of Malaga, reported a significant correlation between vertical jump height and change of direction [1, 3].  In addition, these studies found that the vertical jump test explained 34% and 46-49% of the change in direction test respectively. The authors concluded that these findings were due to the superior ability of the vertical jump to assess the stretch-shortening cycle. This high relationship also makes sense because a vertical jump is just simply a change of direction, and this research states that vertical force application may be a limiting factor in change of direction performance. Previous authors have explained this positive relationship due to GRF required for a good vertical jump. Despite agility runs being a horizontal or lateral change in direction, vertical force accounts for much of the total GRF exerted when an individual contacts the ground to change direction. After all, the primary resistance is still gravity. 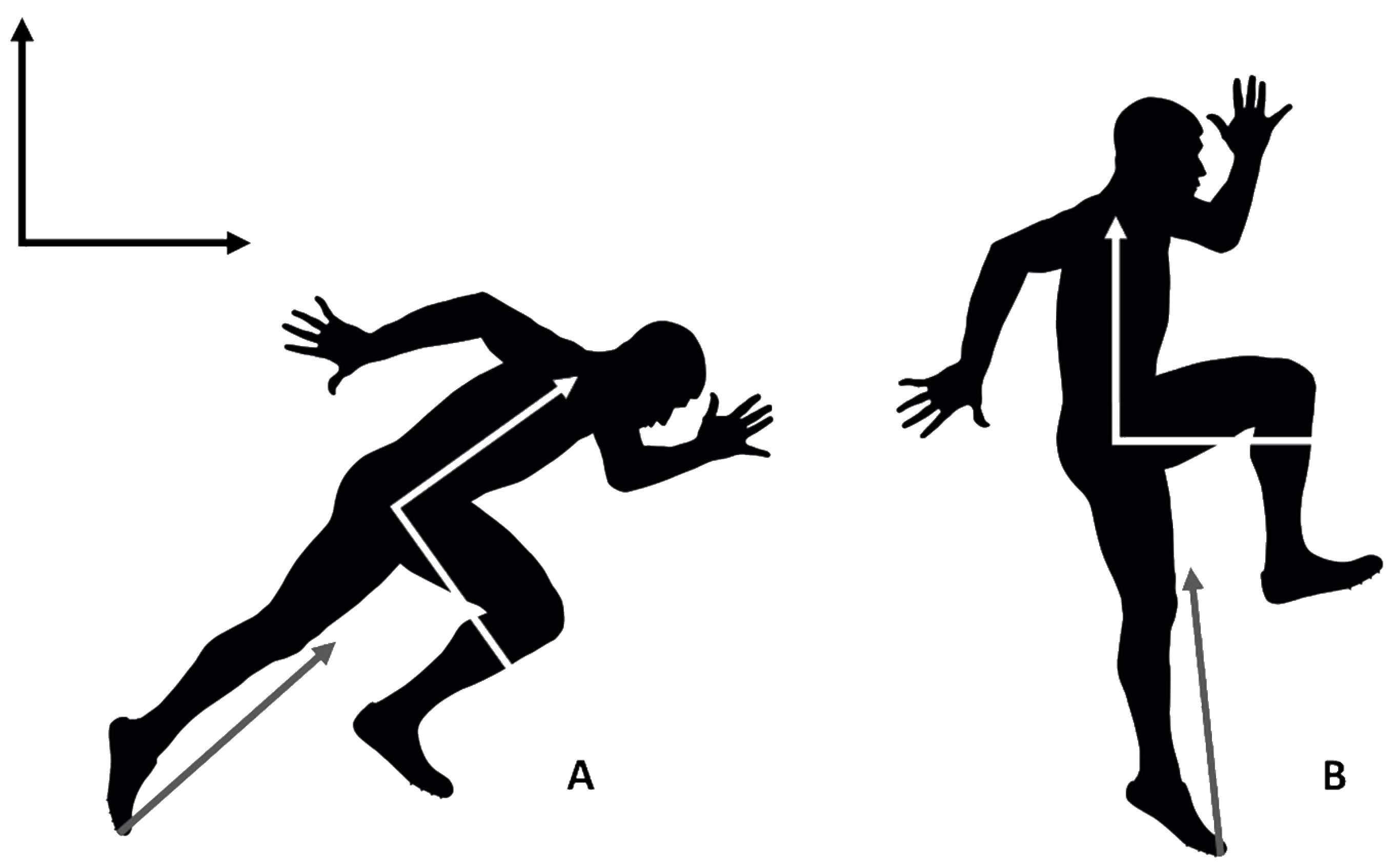 The vertical jump test has been shown to be a reliable and valid assessment across multiple different populations, not just athletes and sports performance. For example, a 2020 study found the vertical jump test to be a reliable and valid test with a female population ranging from 18 to 65 years old [3]. Movement is a fundamental necessity for all humans and though athletes are more often assessed, analyzed, and trained, most of these concepts apply to us all. Noting these similarities, practitioners have started to emphasize the importance of strength and "power" in the general population as it relates to health and injuries, including everything from fall risk and Parkinson's disease to cancer and diabetes. A 2018 meta-analysis utilizing data from over 2 million men and women stated that "higher levels of upper- and lower-body muscular strength are associated with a lower risk of mortality in adult population, regardless of age and follow-up period" [8].

The vertical jump is starting to be utilized more and more with populations outside of sport because of the simplicity and practicality of testing. Isokinetic testing has often been utilized as the gold standard but as a recent study states, "vertical jump testing is easy and rapid to implement, whereas isokinetic testing is more challenging, especially because of time constraints (about half an hour vs. a few minutes for VJ)." A 2014 study also found the vertical jump to be more useful at identifying sarcopenia in middle-aged adults (55-75) than a standard leg-press strength test [14]. The primary resistance in all movement is still gravity, and Force production is the foundation of all movement.  As a result, the vertical jump is simply the most fundamental way to measure human movement.