A force plate is a measuring device (hardware) that has gained tremendous popularity in recent years as improvements in software and computing have allowed them to become much more practical. The technology utilized in force plates themselves is relatively old and relatively simple. Force plates measure the Ground Reaction Forces (GRF) that are generated as an individual stands or moves across them. 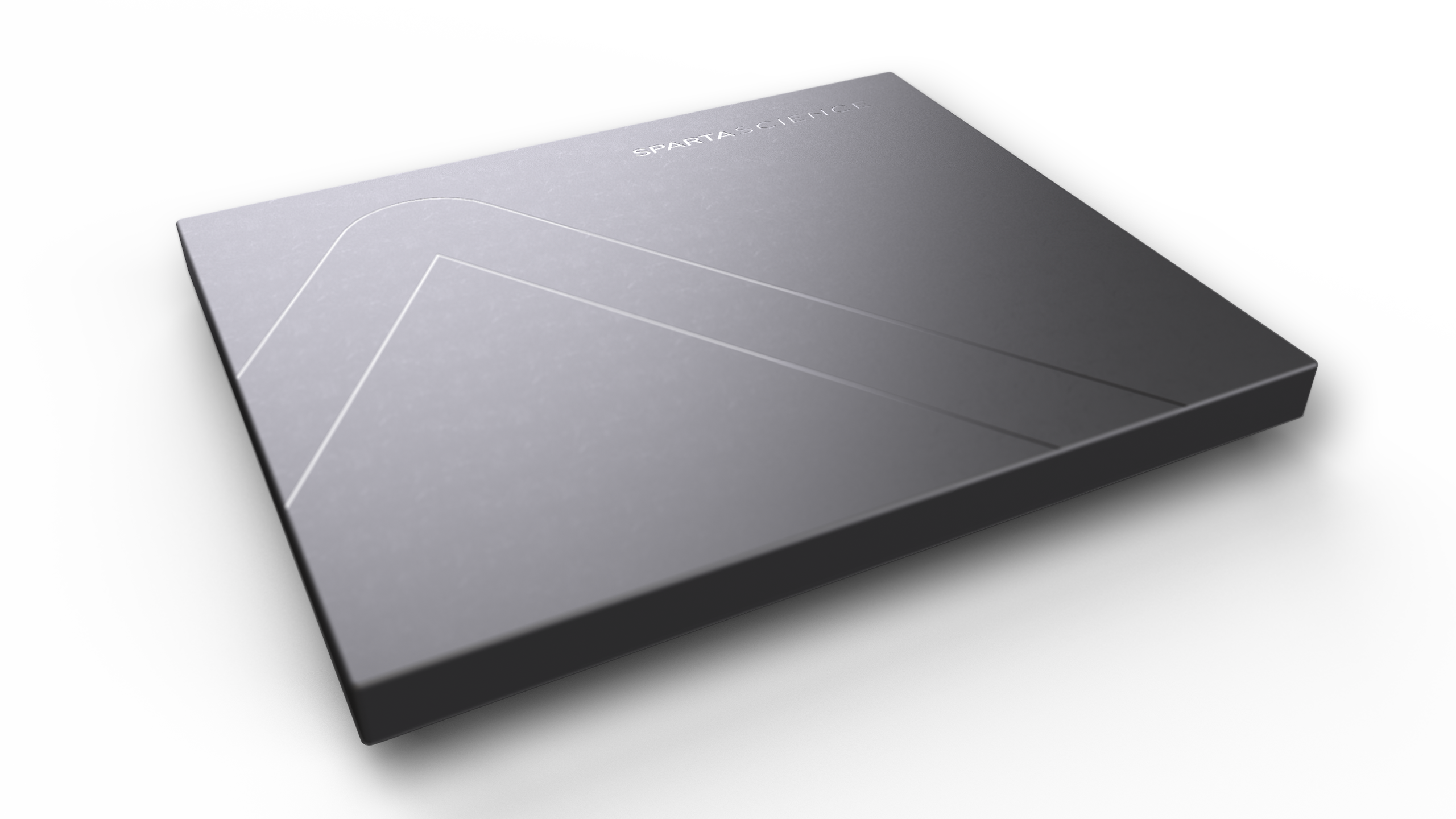 The concept of Ground Reaction Forces is based on Newton's Laws of Motion which help to quantify and measure movement based on forces. Specifically, these are the forces that we can measure based on our interaction with the ground because of gravity. A person standing motionless on the ground exerts a contact force on it (equal to the person’s weight) and at the same time, an equal and opposite ground reaction force is exerted by the ground on the person. Similarly, in order to move, we put force into the ground and the ground applies forces back (GRF) onto us which then propels us forward.

In the simplest example, as an individual moves on a force plate, a trace of the vertical GRF is produced across the time of the movement. This trace is called a force-time curve. Instantaneous measures of force and time can be converted to velocity (m/s), power (watts), and displacement(m). Furthermore, these variables can be observed as average or peak values and differentiated based on the eccentric or concentric portion of the movement. The video below shows a great visual of a slow-motion vertical jump synchronized with the vertical force data that can be capture from a force plate; giving us the force-time curve (credit SMU Locomotor Performance Lab).

More advanced force plates can often also measure the three-dimensional components of force relative to the surface area, or put more simply the center of pressure. Balance can be defined as the ability to maintain the center of mass (COM) above the center of pressure (COP) in contact with the ground. Various methods have been used to evaluate balance performance, however, force plate analysis of ground reaction forces representing COP displacement is most common.

Force plates have been utilized for years in the laboratory setting, often in biomechanics programs to quantify gait, balance, and other movements. They are specifically designed to precisely measure ground reaction forces and can be categorized based on several components.

Force plates are first classified by sensor type, which tells us what specific technology is being utilized to measure the force.  These sensors are usually located at each corner of the rectangular shape. There are 2 major types of sensors that are most commonly utilized: strain gauge and piezoelectric. Strain gauge based systems utilize strain gauges in specially machined aluminum transducer bodies referred to as load cells to measure stress. This stress is converted to an output voltage that is proportional to the force applied. Piezoelectric based systems utilize crystal disks that when force is applied create an electrical charge that can be measured using a charge amplifier.  These two different sensors are used in many different contexts, but for a variety of reasons, the Sparta Science force plate utilizes strain gauge sensors. Strain gauge sensors have a variety of benefits over piezoelectric sensors in that they show almost no drift, are easier to calibrate, and are typically more robust in different environments and temperatures.

Load capacity refers to the amount of force that the hardware can tolerate without breaking. When assessing human movement, this needs to be able to accommodate the heaviest individuals landing from significant heights after they jump. The final consideration is the sampling frequency. This refers to the number of times per second that a measurement of force is made. A sampling rate of 1000 Hz (or 1kHz) means that 1000 samples are made every second. This high-end sampling rate may not be necessary for all movements, however, it is important to have an adequately high sampling rate in order to collect precise data.

While force plate technology has recently grown in popularity with multiple new companies in the force hardware space, the technology itself has been around for decades. This newfound popularity stems from improvements in data processing speeds and storage that make the extracting and analyzing of large amounts of force data into a much less time-consuming process. Based on the hardware alone, a force plate can collect massive amounts of data (1000 data points per second, often in multiple planes) that can be difficult for anyone to interpret. It is important to note that while the force plate is a relatively simple piece of hardware, because of the breadth of data the analysis of its outputs can be extremely complex.  To best leverage force plate data it is critical to have a good grasp on basic Classical (or Newtonian) Mechanics.